Joining NDA, National Defence Academy is an aim for every young armed force aspirant. Every year several armed force hopeful step into NDA Coaching academy and later on become a part of any of the three armed forces services.

We know that they enter into Academy after +2 and after three training passed out with bachelor’s degree. This is not only the fact that makes the academy different that it provides degree along with training. There are many other facts also.

The academy is known for providing some of the best officers in the Indian Armed Forces and still continuing the legacy by grooming and training the officers with new war techniques and enhanced leadership and fighting skills. Some facts that make it different and elite are as follows. 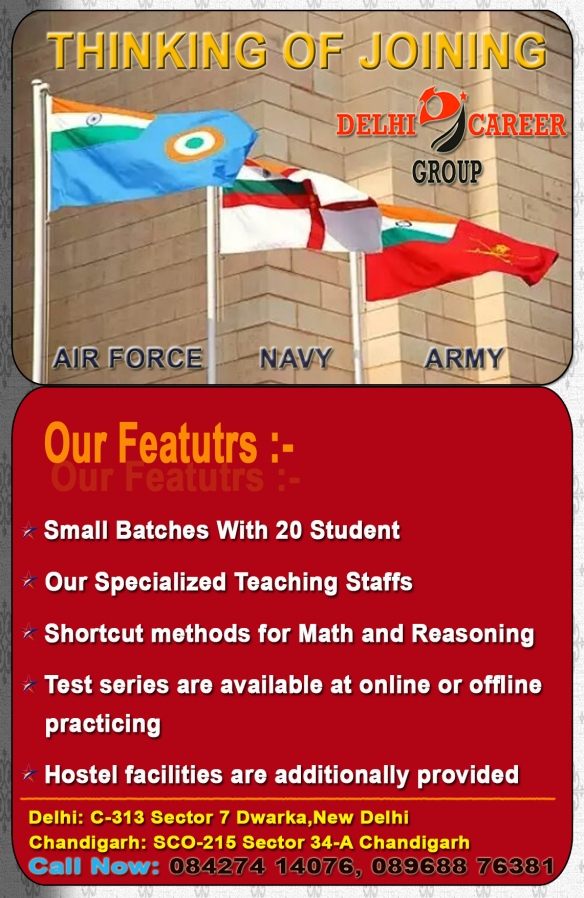 1. NDA is the first military academy that trains officers for the Army, Navy and Air Force at one academy.
2. The academy is situated in Khadagwasla because they have all the facilities required for training like lakes, hilly areas and operational airbase for the training the young cadets.
3. The main building of the NDA is called Sudan Block. It was constructed from the donation provided by Sudan in recognition of the sacrifice. The Indian soldiers, who fought for Sudan in World War II, are remembered in this occasion.
4. The first batch of 190 cadets started their training at NDA on 11 January 1949.
5. The aim of establishing NDA was to check whether the candidates from diverse areas come and join the forces.
6. To keep the sense of equality among the cadets a common dress code “Khaki” has been made compulsory at NDA.
7. The NDA has given more than 27 Chiefs to the Armed Forces and several famous personalities like Major Rajyavardhan Singh Rathore, Wing Commander Rakesh Sharma, and the first Indian, who went into space.
8. The cadets are given the degrees in Bachelor of Arts or Science after completion of their training.
9. The NDA has 18 squadrons, which are divided into 5 battalions.
10. “The hut of remembrance” is the hut constructed by the cadets to remember the sacrifice of the soldiers.
11. The motto of NDA was changed from “Service before Self” to “Seva Parmo Dharma” in 1951. The current symbol of NDA was adopted in 1948 replacing the old symbol having quill pen, sword, eagle and an anchor.
12. In NDA, it’s a great achievement that cadets from more than 28 other nations are trained with Indian cadets.